In 2016, noiseKitchen’s well-known folk musician from China, Zhao Lei, co-produced “Music Must Go On” Season Three Concert for Life Hub @ Jinqiao. This event combined the auto-mechanical musical instrument “Spectrum 66” and various Chinese and western musical instruments. We intended to traverse the multi-disciplinary areas of music, visual, technology, art and business, to create a possibility for musical players to work with technological art.

From September 25th to October 4th of 2016, we held six concerts with three different themes. In the first concert, “Spectrum 66” played along with various traditional string musical instruments such as the erhu and violins to present “Argentina of Light and Sound”, a suite full of tango flavor. In the second concert, “Spectrum 66” played along with improvised vocals and bamboo flutes, which made the experience more spontaneous and interactive at multiple levels. Finally, “Spectrum 66” performed along with many ruan musical instruments in order to interpret and illustrate this rather expressive and unique traditional Chinese music. 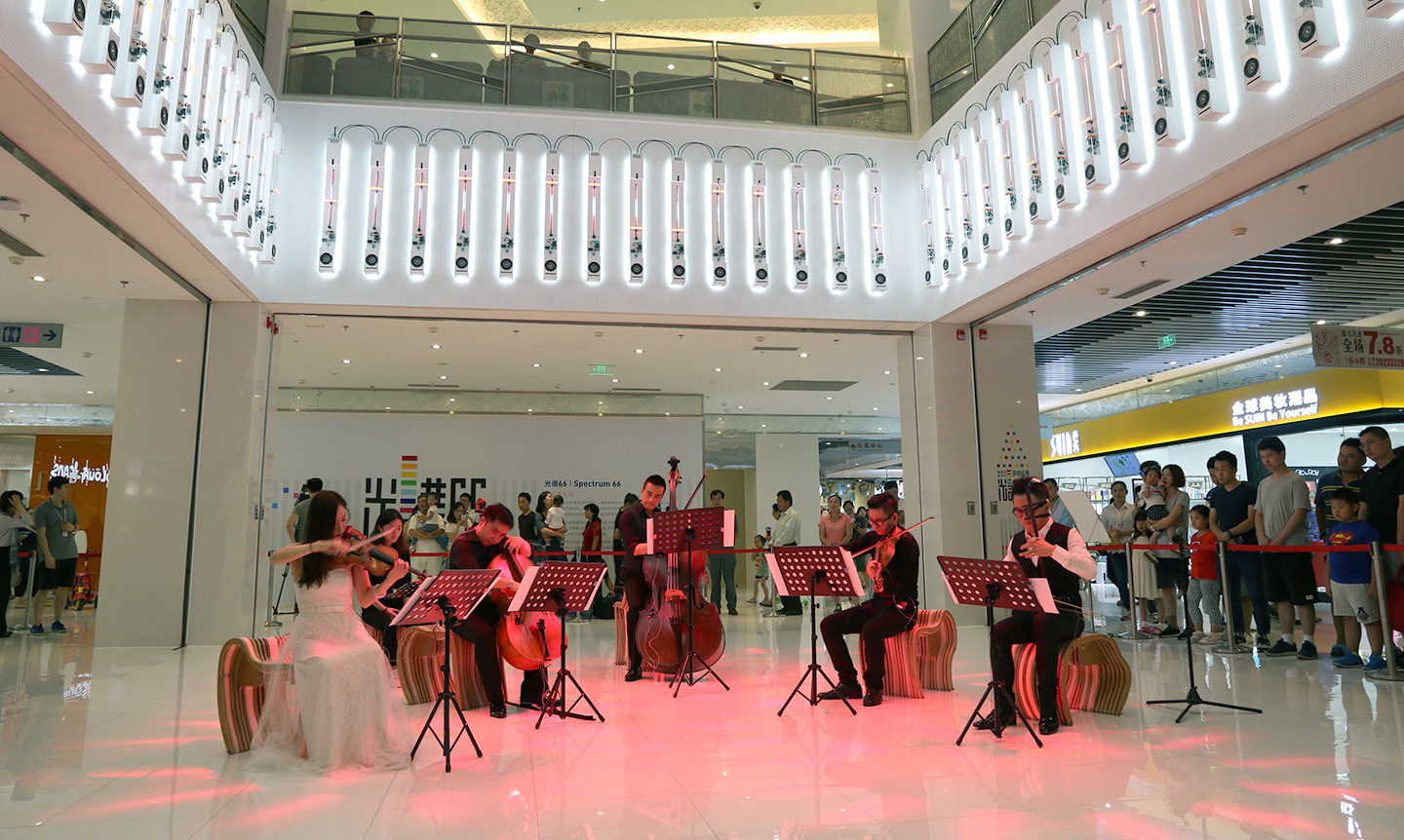 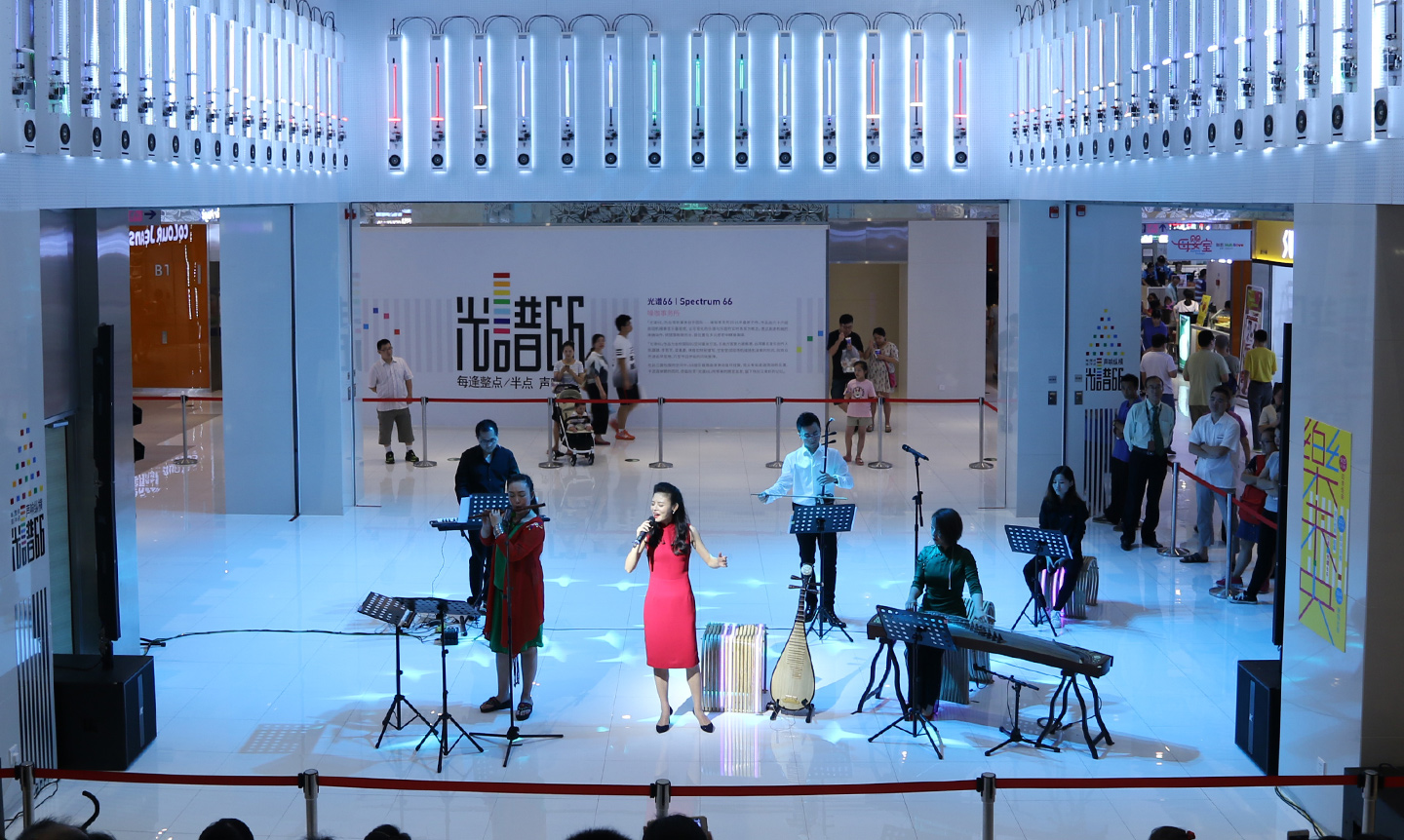 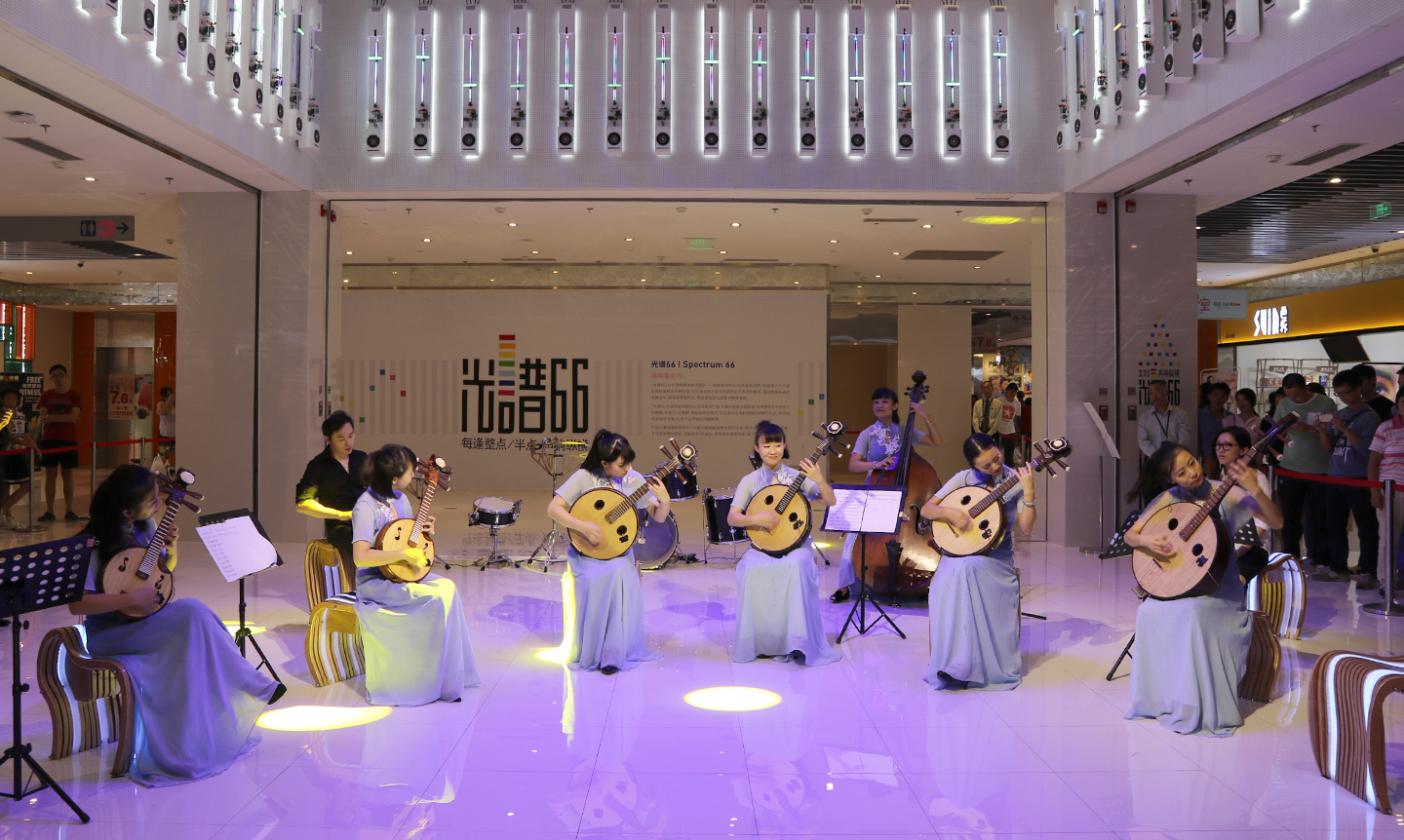