In 2013, noiseKitchen was invited to create a proposal for a public art installation at Hu Shih Elementary School. The design concept originated from the thoughts, academic achievements and contribution of Hu Shih. It would also integrate the serene natural environment and cultural ambience of Nankang district and try to merge all these elements into a piece of artwork that could represent Hu Shih’s spirit in literature, philosophy and science.

“Nice Rain Season” was to be installed on the wall of the stairs in Xinchen Building. It was a sound sculpture using collected rain for its source of power. With this sculpture, we intended to describe the moments after a rainfall in simple and clear way, an image of things being nurtured by rain and start to grow vigorously. In different seasons, the amount of rain would have made this artwork change as a natural consequence.

This piece would have collected and saved raindrops during a rainfall and, with the energy created by the water flow, created visual and audio stimulation. The recurrent mechanism, the turning water wheels, the light and shadow cast by the colorful glass of the water wheels, and its flowing water constitute a busy picture on the wall. The music boxes hidden in the water wheels, the sound of flowing water, the knocking sound of shishi odoshi (a Japanese clapper that scares off birds), together with the dripping sound of water dropping, make for an ever-changing sound experience. We adopted a stable and enduring mechanism to design this artwork, whose movements would be a friendly element for elementary school students to appreciate. All the components on the wall comprise a vibrant and ever-changing after-rain image while any changes in weather endowed this artwork with a sense of randomness and arbitrariness. 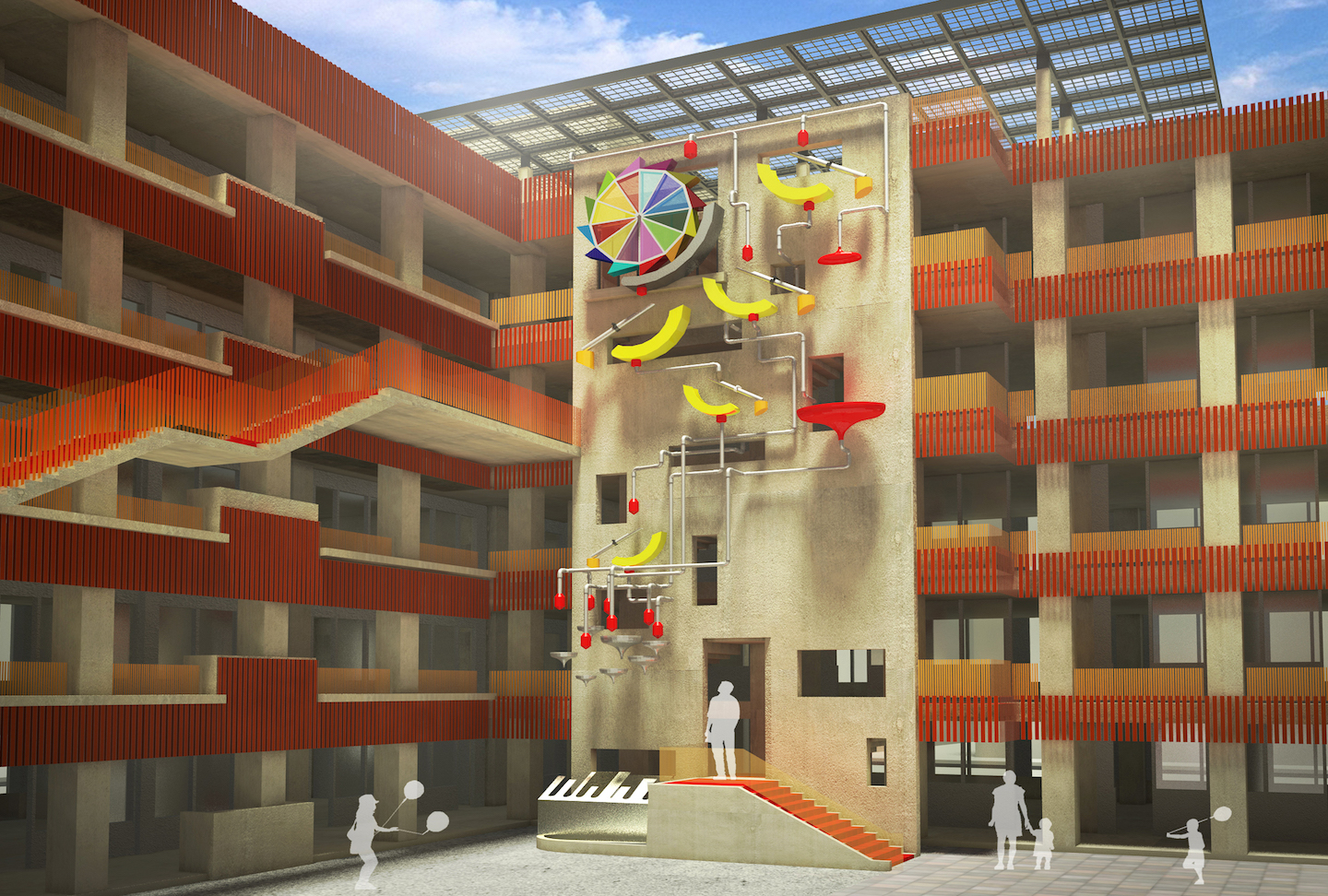 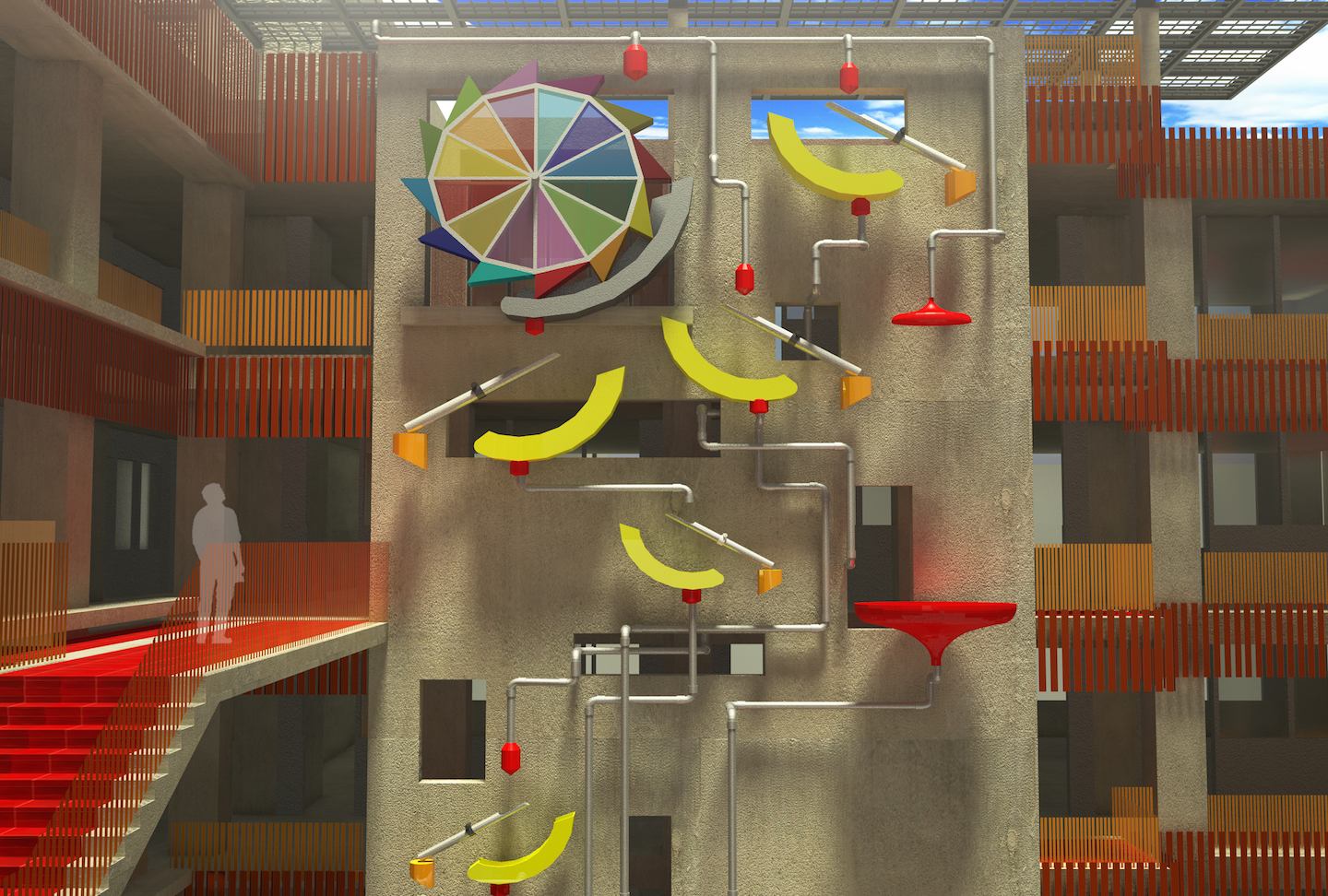