With its alternate high and low movements, “Seesaw of Light” simulates the collision principle in physics, while its unbalanced state produces the visual effect of light balls flowing, and also signifies the remote yet close interpersonal relationships in contemporary society.

With considerable technological technique, our team has transformed and upgraded a traditional children’s activity. Along with the interactive mode of this game, the style of this artistic display is inspired in the hope of combining play and education, and providing a safe environment with both an aesthetic standard and an applied technology.

This artwork was constructed on the rooftop of this shopping mall. It consists of three 3-meter seesaws in a 3.6m by 6.5m area. The seesaws themselves can emanate light. Along with moving up and down, they also simulate the rolling and bouncing of balls of light in real-time. The covered circles on the ground also light up once a seesaw touches the ground.

“Seesaw of Light” is also a traditional children’s game positioned in the corner of this rooftop playground. Along with its illuminating capability, we developed a drumming and lighting landscape after reflecting on the connection between the surroundings and the participants’ feelings in this space. Participants can also alter the look of the large sign-like circles of light in this landscape organically. The upward pointing lights define the playing area as well as a participant’s sense of territory. 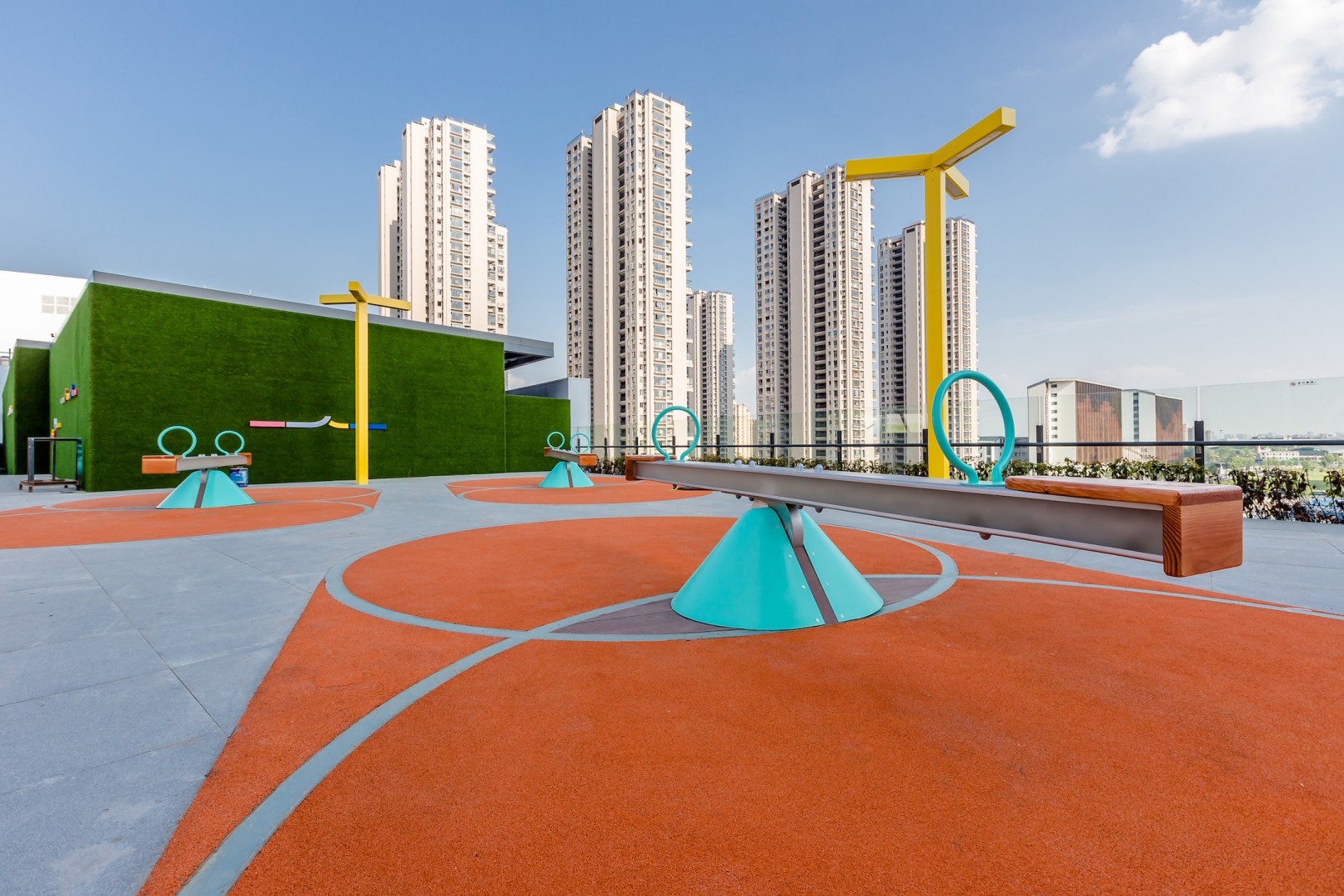 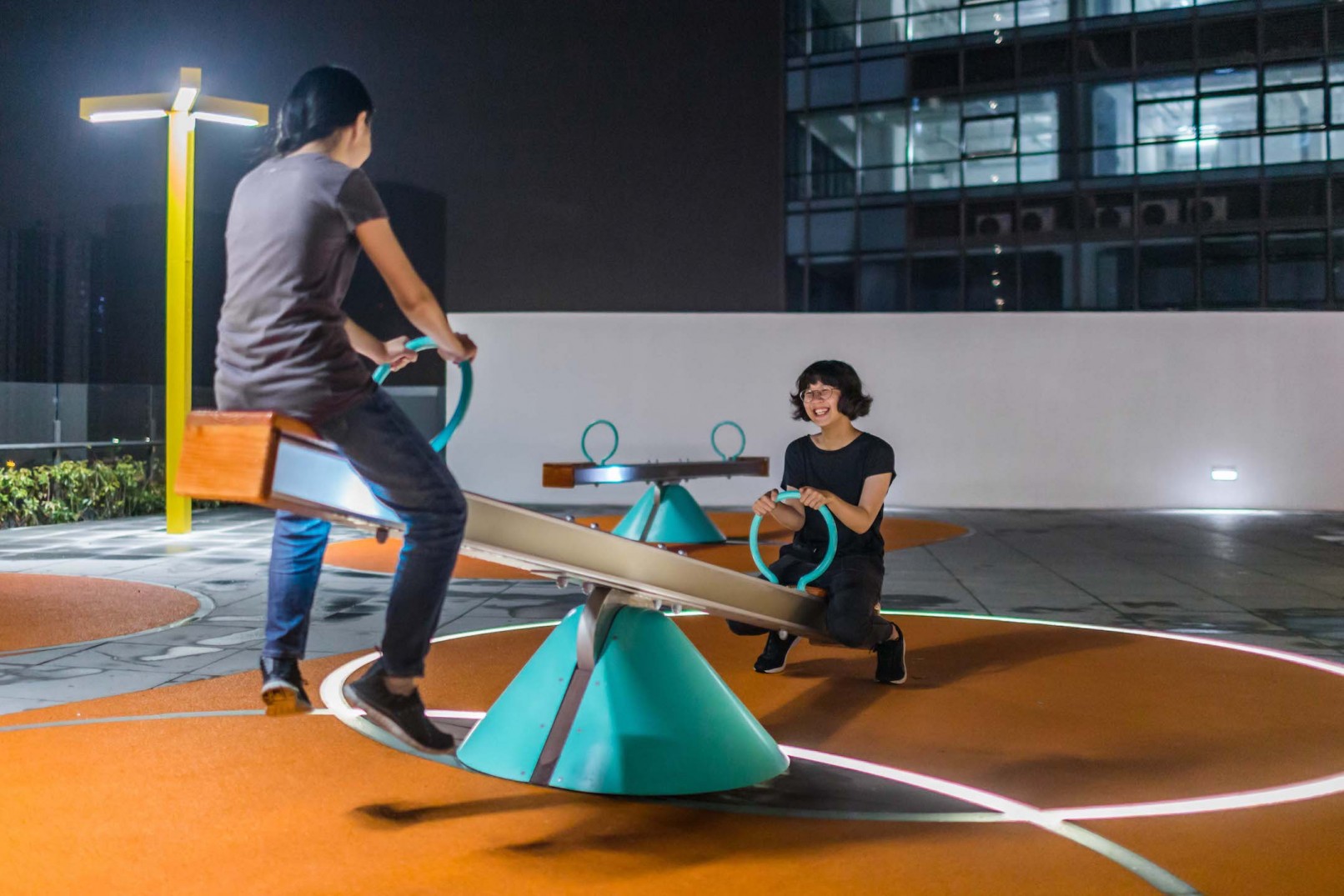 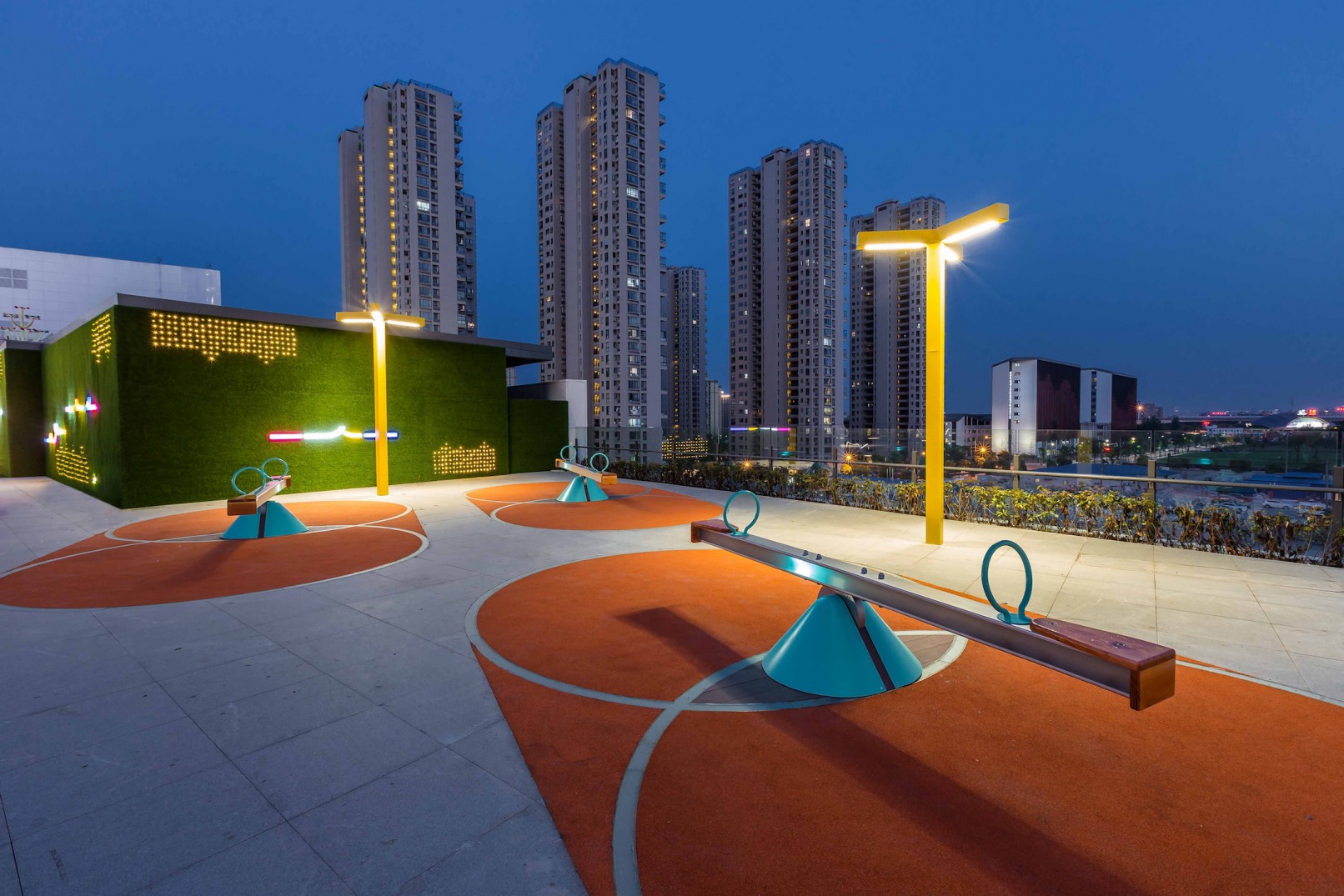 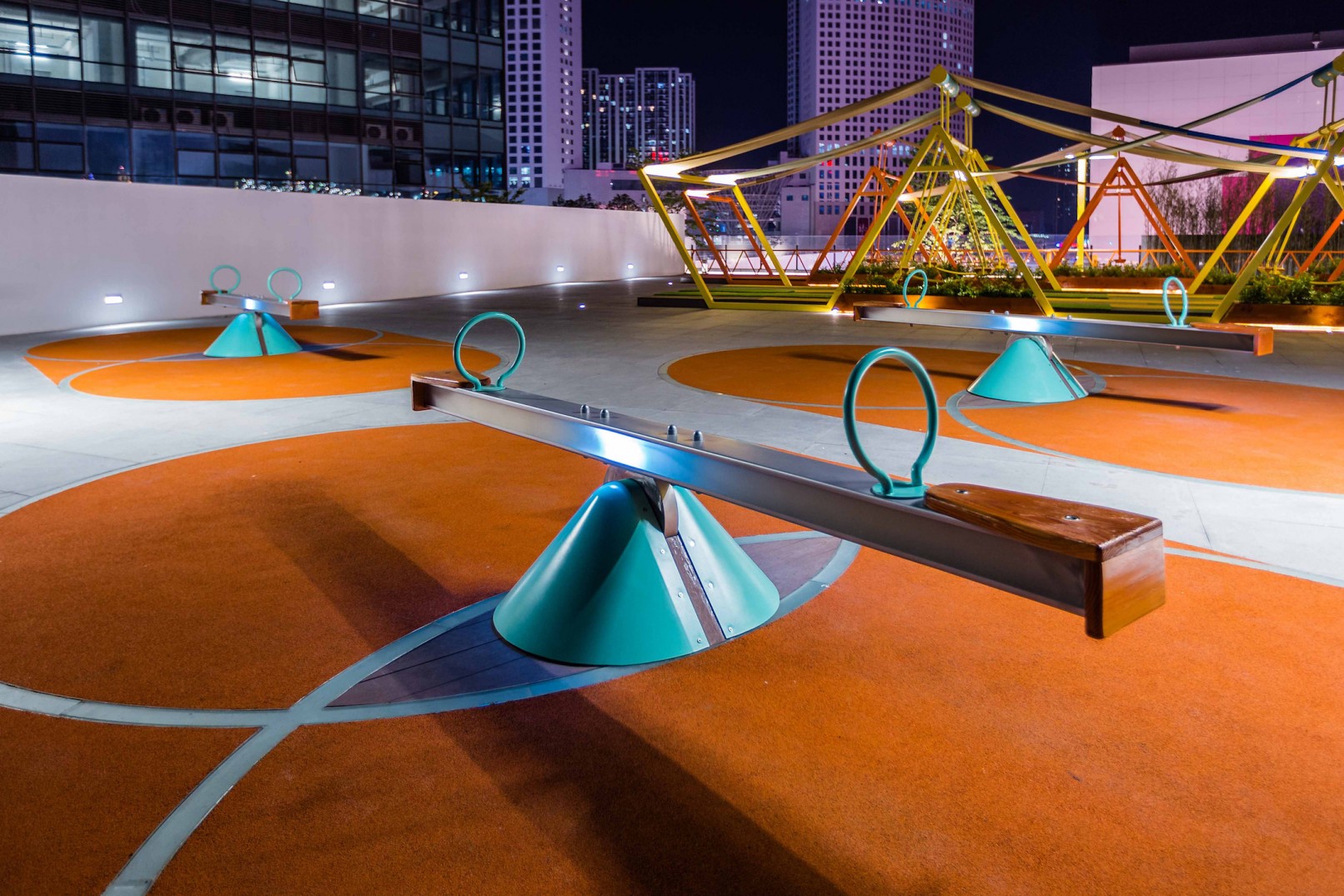